The World Conference for the Well-being of Children in Geneva, Switzerland, proclaimed June 1 to be International Children’s Day in 1925. It is usually marked with speeches on children’s rights and well being, and other events involving or dedicated to children.

But are these speeches and events really helping to improve the lives of children ?

More than half of the world’s children are being robbed of their childhoods as a result of conflict, poverty and gender based violence, a new report from charity Save the Children has found.

THREAT #1
1 billion children live in countries plagued by poverty. Children living in poverty face a higher risk of death before age 5, malnutrition that stunts their growth, being out of school, being forced into child labor or early marriage, and giving birth while they are still children themselves. 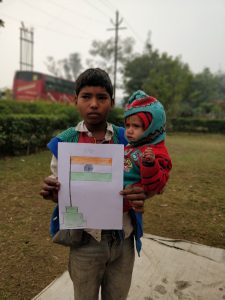 THREAT #2
At least 240 million children live in countries affected by conflict and fragility. These children are at heightened risk of death before age 5, stunted growth due to malnutrition, being out of school, being forced to work, and being forced from their homes under dangerous and frightening circumstances.

THREAT #3
575 million girls live in countries characterized by discrimination against girls, often placing them at heightened risk of death before age 5, being denied education, being forced into early marriage, and/or giving birth before they are emotionally and physically ready.

Because of who they are and where they live, these children risk being robbed of their childhoods and future potential. This assault on childhood also deprives nations of energy and talent they need to progress.

The index compares countries by a set of indicators representing life-changing events that signal the disruption of childhood: poor health, malnutrition, exclusion from education, child labor, child marriage, early pregnancy and extreme violence. These “childhood enders” are most prevalent where poverty, conflict and gender bias overlap to create toxic environments for children.

India finds space at 113 in Save the Children’s “End of Childhood Index 2018” which ranked 175 countries this year which is a very poor sign for India. The number of children excluded from education fell steadily in the decade following 2000, but progress has essentially stopped in recent years. And with population growth in lower-performing regions, there will be little reduction in the global number of children out of school in 2030 compared to today (263 million).

DHANAK – The rainbow is a platform through which we can improve these numbers and put India on the map of leading nations in terms of literacy and kids like PRADYUMAN(Sponsored by DHANAK) who is the highest scorer among all are sponsored children with 74% in CBSE class Xth Examination  gives us confidence and motivation to work hard and also makes us realize that we are making an impact.

So, kindly help us in achieving our goal by Volunteering or Donating for this cause and making India a nation with 100% literacy.